Time-based Vs. Action-based Onboarding Emails. Can they work together? 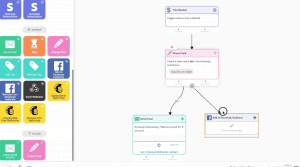 Double your trial to paid Conversion Rate with effective onboarding emails with Encharge.io

After figuring out the perfect trial length in a SaaS product, the debate of “time-based vs. action-based emails” is probably the hottest topic when it comes to email onboarding.

Based on our experience, 80% of SaaS products send time-based emails only. Bigger SaaS companies in the growth stage are not an exception either.

Why so few products use action-based emails? Does that mean that time-based emails are more effective than triggered emails? Which one should you use? Is the hassle of setting up triggered-based emails worth going through?

I try to answer these questions and more in this post.

Before we dive into the differences between each type, it’s worth exploring why so few products have action-triggered emails in place, and time-based sequences are still rampant among tech startups.

After working with SaaS companies for over a year building onboarding flows for them, we have concluded that setting up action-based emails is a real challenge for the majority of SaaS companies.

What makes it that difficult?

All these make building triggered emails a pain. That’s why SaaS companies default to sending simple, time-based email sequences with little to no segmentation, but this has little to do with the effectiveness of the two types of emails.

Which type of onboarding email is more effective?

To evaluate the effectiveness of your emails, first, you must know your goal. What do you want to achieve with your onboarding emails?

Once you set your target, you can track how well your emails are helping you achieve that target. Do changes in your emails correlate with an increase in trial conversion, more bookings, higher retention, etc.

Since you have probably started with time-based emails, you should already have a baseline to evaluate against. As you implement your first trigger-based campaigns, you can begin comparing the numbers.

What about stats and reports?

There are a ton of reports on triggered vs. time-based emails like this one and this one, but the truth is that no SaaS-specific reports exist to date. The majority of these insights are based on numbers from retail businesses. Moreover, the studies compare mass emails (i.e., newsletters/broadcasts) vs. triggered emails, which is an entirely different thing.

That said, we have seen a significant increase in the email engagement and trial conversion rate with some of our customers when trigger-based emails are implement compared to only using a time-based sequence.

The question here is not one or the other. A well-executed email onboarding would implement both time-based and action-based emails without overwhelming users with too many messages.

In fact, this is one of our go-to strategies when we’re tasked with creating onboarding campaigns for our customers. We like to create two different onboarding flows — one for the action-triggered emails and another one for the time-based emails.

Action-based or triggered-based emails are sent when users interact (or fail to interact) with your product.

For example, online payment solution Payfacile sends a reward email when a user connects their Stripe account, as well as drives the user to Switch to “Live mode”.

✅ Action-based emails are timely and in pace with the user journey. The user receives the information when they care and are ready to engage with it the most, which leads to higher open and clickthrough rates.

✅ It’s possible for activated users to receive the whole onboarding in less time, and upgrade before the end of the trial window.

✅ Users only receive what is relevant to them.

Important: A single irrelevant email could jeopardize your whole onboarding efforts. Let’s say you run a tool like Payfacile and send a nudge email prompting a user to connect their Stripe account. The issue is, this user had already connected their Stripe account a day ago. This will not only create redundancy but will build a negative perception in your user’s mind, as the user could perceive their whole onboarding experience as irrelevant from that email onward.

✅ Targeted and customized. Action-based emails work like segments of one, as each user receives a customized email based on their experience with your app.

How to set up action-based onboarding emails?

Action-based onboarding emails are great but as we discussed in the previous section, they might be extremely complicated to get live.

Here’s a brief cheat sheet to help you with that task.

Time-based onboarding emails is a sequence of emails (also called an autoresponder sequence) that sends emails based on the passing of specific periods or waiting times.

This is how a part of a time-based onboarding looks in Encharge:

The best part is that you can set up some very specific time periods. Like wait for 1 day and then wait until Monday between 9 AM and 5 PM in the timezone of the user.

Time-based emails are super easy to set up — all you need to do is sent your users to the marketing automation platform, and you can start creating your onboarding sequence.

Here are some of the use cases of time-based emails:

✅  Welcoming new users. The welcome email is obviously something you’d want to send to all of your trial or freemium users. You can still segment based on user attributes to make it more relevant.

✅ Notify users about trial expiration. Trial expiration emails are sent at a specific time, usually, 1-3 days before a trial is over.

How to use triggered emails with time-based emails effectively

You might be reading this and starting to think that you’ll overwhelm your users if you implement the two types in your product onboarding. And you’re right, if not executed well an onboarding campaign that employes the two kinds of emails could annoy users.

There are a couple of tactics that you can use to make sure you’re not over-emailing your users.

As I previously shared, Encharge has a neat Wait feature that can help you send emails at the right time. I like to use that feature to make sure that emails are sent evenly.

Action-based emails are sent when a user does or doesn’t do something in your app, but you still have some control over the time when an action-based email is sent. What you want to do is delay the triggered email until a specific time.

Use End flow to eject users from flows

You want to make sure you’re not sending irrelevant emails to people. You can use the “End Flow” step in Encharge to eject users from flows.

For example, let’s say a user converts. You want to avoid sending them any trial expiration emails. To achieve that in Encharge, you’d use a trigger like “Entered Segment Customers” connected to an “End flow” stop, which will automatically eject people from the whole trial expiration sequence.

Get Access to All SaaS Marketing Resources. Plus Regular Updates 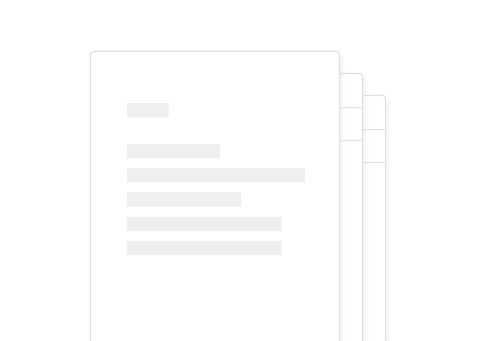 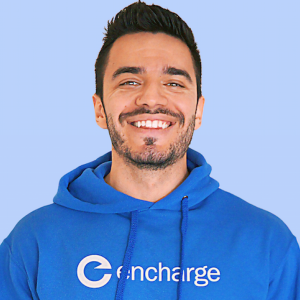 Kalo Yankulov
Co-founder and marketer at Encharge. Former co-founder of HeadReach, a SaaS that I bootstrapped and scaled to 7000+ users. Now, I'm working on my next big thing — Encharge, marketing automation platform for SaaS companies.
PrevPreviousHere’s What’s Wrong With Your Trial Expiration Emails and How to Fix It
NextWhat is the Perfect Trial Length? 18 SaaS Experts AnswerNext